„Wuppertal. "At the end of the month Alexander Eichner will resign as executive committee spokesman of the regional football league team Wuppertaler SV.  The company advisor has given written notification to Thomas Lenz, the chairman of the board. Eichner (56) has been at the head of the long-established club for three and a half years.  He led the WSV into an orderly insolvency procedure with the initiative 2.0, after the long-standing strong man of the club, Friedhelm Runge, had vacated his post as president and sponsor. For Eichner the period of restructuring has now been completed.  ‘It is professional reasons which force me to leave WSV’ Eichner told the Westdeutsche Zeitung. He is confident that the club is well-positioned."

read the story in German
read the comment in German: Finish with soft tones 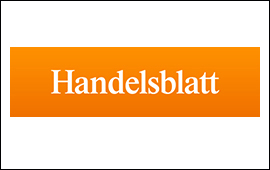